This  awesome 7 Days Uganda adventure safaris is one of the best primate tracking safari, Wild game & Scenery in bwindi impenetrable national parks tour packages where you have a relaxation dinner overnight with primate tracking safari in Uganda, it is one of the short but well detailed Uganda adventure safaris packages that allows you to discover Uganda – the pearl of Africa in detail.

The 7 Days encounter features Chimpanzee trekking in Kibale Forest NP, Uganda adventure  hiking to the Rwenzori Mountains, the Uganda adventure safaris wild game viewing in Queen Elizabeth National Park which includes the tree climbing lions, the elephants, buffaloes, leopards, Nile crocodiles, Hippos and a range of antelopes, the cherished  mountain gorilla trekking in Bwindi Impenetrable National Park not forgetting a recreational encounter on Lake Bunyonyi, a Lake of a thousand Islands because of its 29 Islands surrounded by the fascinating Kigezi Highlands.

After an early breakfast at your hotel in Kampala / Entebbe, you embark on the drive to Fort Portal Area 300km about 5 – 6 hours’ drive starting off at 6am. You branch off in Fort Portal town and drive 26km further on rough muraam road to Kanyanchu Tourism Center in Kibale National Park. Gather at Kanyanchu Tourism Center in Kibale National Park to catch up with the best Uganda adventure safaris majorly Chimpanzee trekking which begins at 2pm. The encounter commences with a briefing from the respective park rangers who will be your guides through the activity detailing the conduct of the exercise.

After this, you head to the forest in search of the man’s closest relative. Apart from chimps, Kibale also supports other 12 Primate Species including the endangered red colobus with the highest population thriving in Kibale, the rare I’Hoest’s monkey, black-and white colobus, grey-cheeked mangabey, red-tailed and blue monkeys, bush baby, olive baboon and potto which may be viewed  during the Uganda adventure safaris trek.

Finally you approach the common chimpanzees which have been fully habituated and thus offering you an opportunity to draw closer to them and take pictures. Viewing them as they munch fruit, swinging in trees, socializing, patrolling, mating and making pant hooting calls may lure you into unforgettable excitement.

You have an hour availed to you to encounter these precious apes and you are free to take as many photos as you can. Retreat from the activity which tend to last 2 – 5 hours and get back to the starting point and connect to your Lodge for relaxation, dinner and overnight

Wake up early enough to depart at 6am driving to Mount Rwenzori National Park 135km about 2 hours’ drive to catch up with Mount Rwenzori hiking  commencing at 8am. Gather at Nyakalengija park station to embark on the whole day hike to the Rwenzori Mountains.

The Rwenzori Mountain rises to 5,109m above sea level with snow capped peaks despite its closeness to the world’s main latitude – the Equator. Encounter the world heritage site which is greatly known for its impressive flora other than fauna. The impressive giant lobelias and groundsels are lovely to encounter.

The sights of the peaks can be viewed at a distance, the sights of glaciers flowing down the mountain is beautiful not forgetting the savannah landscapes of Queen Elizabeth National Park, the rift valley lakes of George and Edward and Kasese town below. You have lunch on the mountain and retreat in the evening around 5pm for relaxation, dinner and overnight

After breakfast, drive to Queen Elizabeth National Park for a morning game drive exploring the park’s rolling savannah landscapes dotted with counts of wild game including the big four of the big five like lions, leopards, buffaloes and elephants, antelope species like water bucks, Kobs, bushbucks among others, jackals among other wild game.

The stretch to Kasenyi and the Mweya peninsular offers you the best of these Uganda adventure safaris. You settle for lunch at Mweya lodge after which you gather at the Mweya jetty to embark on a thrilling boat cruise on the 45km long Kazinga Channel. The cruise takes 2 hours with possibilities of encountering the aquatic species such as Nile Crocodiles and Hippos not forgetting other wild game that tends to congregate on the channel shores to consume water.

Retreat from the activity and do a game drive along the channel track with in the Mweya peninsular to explore more game. Retire for relaxation, dinner and overnight

After breakfast, embark on the transfer to Bwindi Impenetrable National Park driving through southern sector of Queen Elizabeth National Park named Ishasha well known for its tree climbing lions. The Ishasha sector presents a remarkable encounter with the unique tree climbing lions which are only existing in two spots in the whole world with Ishasha sector having the best viewing opportunities.

You continue on the drive to Bwindi Impenetrable National Park arriving in the evening for relaxation, dinner and overnight

Day 5: Do gorilla trekking (Encounter the world’s critically endangered mountain gorillas where almost a half of the world population 400 out of 880 thrive in Bwindi Impenetrable National Park) & transfer to Lake Bunyonyi

This is a special day dedicated for the mountain gorillas. The Bwindi Impenetrable National Park supports a minimum of 400 mountain gorillas which on global scale are given as critically scarce. Therefore, undertaking the gorilla trekking experience in the hilly forested landscapes of Bwindi is such a life time endeavor that will create lasting memories. You gather at the respective park headquarters for briefing in the morning at 8am where you are also allocated the respective gorilla families to track. From here, you head to the forest in the company of the armed ranger guides that will lead you up the gorillas.

The Uganda adventure safaris encounter tends to take 2 – 8 hours depending on the gorilla movements and one hour is availed to you to have a direct touch with the gorillas. Upon approaching gorillas, their reaction is not foreseeable as it can include them giving you a polite welcome, minding less about you and charging against you.

You are not limited in any way to ask as many questions about gorillas and their habitats along with taking pictures so long as you have the opportunity to do so. Retreat from the activity and transfer to the starting point to embark on the transfer to Lake Bunyonyi driving through fascinating Kigezi Highlands which locals apply terracing method to cultivate their slopes deriving impressive scenic landscape. You arrive at Lake Bunyonyi in the afternoon for relaxation, dinner and overnight

After breakfast, embark on the sunrise boat cruise on Lake Bunyonyi exploring the impressive scenic views of the Lake marked with 29 Islands surrounded by magical Kigezi Highlands dubbed the Switzerland of Africa. The calm waters of Lake Bunyonyi allows you to rub shoulders with the local people as they paddle their canoes connecting to and from the Islands and also doing some fishing.

Retreat from the 2 hour activity and embark on the transfer to Kampala 437km about 7 hours’ drive driving through impressive country side landscapes of south western Uganda making a traditional lunch stop at Igongo Cultural Center for typical African buffet and another stop at Uganda Equator crossing Kayabwe for amazing photo shoots where one leg would be in the southern hemisphere and the other in the northern hemisphere. Continue to arrive in Kampala in the evening for relaxation, dinner and overnight

Day 7: Departure. If the flight is in the evening, do half day tour of Kampala city

This is dedicated for your flight departure back home. If the flight is in the evening, you can do a half day tour of Kampala exploring the sites of historical, religious, cultural and political significance. These include; the Ugandan Parliament, the Uganda National Museum, Namugongo Martyrs Shrine where 45 converts were burnt because of converting to Christianity, the Rubaga Cathedral which is the headquarter for catholic faith in Uganda, the Namirembe Cathedral for Protestants and the Baha’i Temple which is the only temple of the Baha’i in Africa. 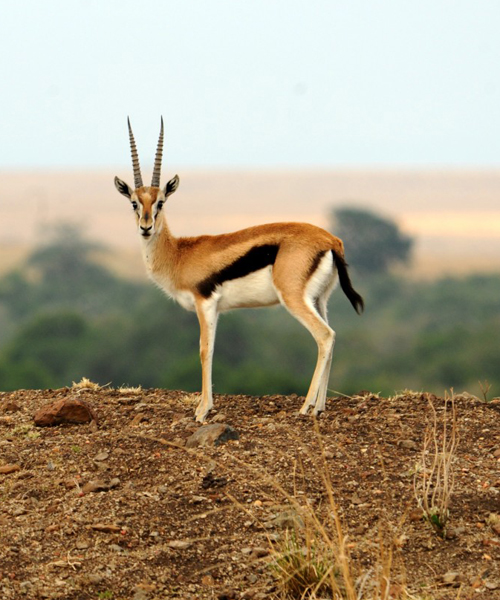 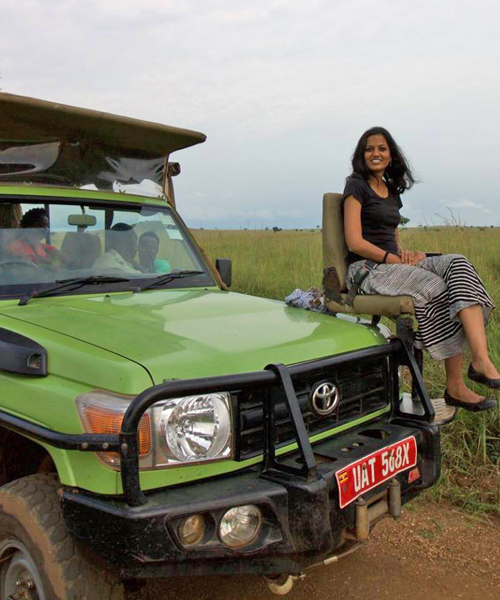