Reasons you should visit Uganda

It is a little surprise that the news came at same point when data released recently from the 2018 Bwindi-Sarambwe population surveys of the mountain gorillas, known as census, shown a positive increase in gorilla numbers in the famous Bwindi Impenetrable gorilla national park in Uganda and the Virungas in both Congo and Rwanda.

Half of the world’s mountain gorillas are found in Uganda. the Best time to visit Uganda for gorilla trekking is during the country’s two dry seasons: January and February and from June to September and December. This is because there are less rains and the parks are drier, making it simple to hike and see the gorillas .

Besides the 459 gorillas found in 50 groups, there were 13 solitary individuals. These gorillas are either bachelors or elderly.

There are so many places in the world, and only 52 spots. According NY Times, Uganda meets the criteria of the destinations that inspire, delight and motivate visitors to explore the world.

Landlocked in east-central Africa, Uganda has long been in the shadow of Kenya, Tanzania and other countries more popular with visitors on safari holiday. But the “Pearl of Africa,” with its own rich wildlife, is set to become more accessible, thanks to the resurrection last summer of the country’s national carrier, Uganda Airlines. which now makes it the best time to visit Uganda

Uganda is one of the world’s primate capitals (alongside it neighbours Rwanda and DRC), with 15 species (four of which are endangered) and the Bwindi Impenetrable Forest National Park, a renowned mountain gorilla sanctuary.

Bwindi -the UNESCO World Heritage Site, in southwestern Uganda ( 9 hours drive from Kampala), is home to half the world’s mountain gorillas. The park’s gorilla-trekking safaris limit contact to eight visitors per gorilla group per day, and proceeds from the gorilla trekking permits go toward conservation efforts and protecting the endangered animals from poachers.

The dense forest mountain park, which ranges in elevation between 3,810 feet and 8,880 feet, also features a scenic waterfall trail framed by ancient ferns and wild orchids, and is a birder’s paradise, with 350 species of forest birds.

Tourists from Germany, Netherlands, the United States and the United Kingdom are also common visitors to the gorilla sanctuary in addition to other nine Uganda national parks 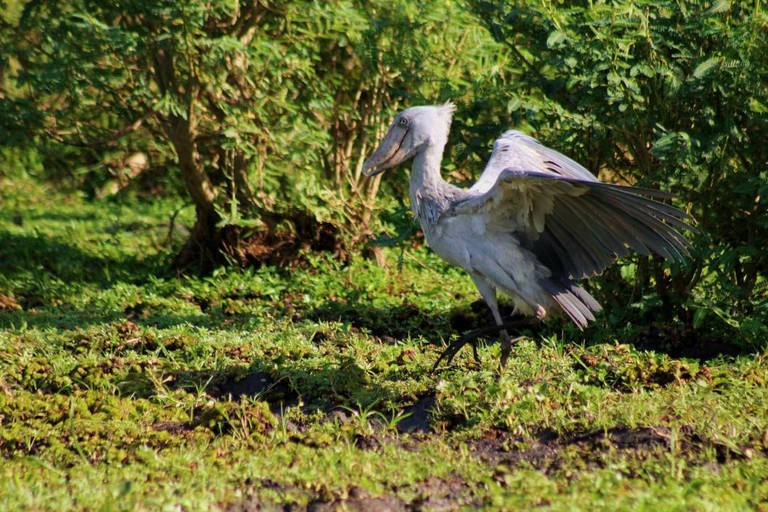 Reasons you should visit Uganda