Uganda has a warm tropical climate, with temperatures ranging from 25-29°C (77- 84°F), apart from in the mountainous areas, which are much cooler; the top of Mount Elgon is often covered with snow. The hottest months are December to February.

While there is no bad time to visit Uganda, it all depends on what you hope to do. Uganda can be visited all year round, with temperatures barely changing throughout the seasons, however the best wildlife viewing months in Uganda are during the Dry seasons from June to August and December to February.

The Best time for… Game viewing is best at the end of the dry seasons February and March and September/early October, although rainfall can be expected there are still excellent opportunities to observe wildlife with lower grasses and better visibility for big cats. It also means that watering holes are smaller and fewer, and animals are drawn together in greater numbers. However, with wet seasons come fuller waterholes, lush vegetation and newborn animals. Considered high season, from June to August and December to February where there is less or sometimes completely no rain, this is perfect for trekking mountain gorillas as it involves lengthy treks. Therefore the demand for the gorilla permits is high at this time as most travelers choose to travel during this season. This means travelers have to book their permits well in advance and pay 30% of the total cost as booking fee as a permit will cost more compared to low season.

There are more than 1010 bird species all of which you certainly enjoy on a Uganda safari. Travelers can watch birds all year round though best time is during the dry season in months especially from January-March and December-February and the most ideal time to spot these birds is actually early in the morning as well as late in the evenings. Due to heavy rains from April-May and August-October bird watching becomes difficult since the hiking trails become slippery and roads in the park become impassable.

Queen Elizabeth National Park recommends a two to three days bird watching safari and on such you can be able to spot as many as more than half of the 550 species recorded within this park.

Uganda is one of the safest, stable and secure countries in Africa. Tourists and other Visitors to Uganda stay even safer if they follow some Safety and security guideline 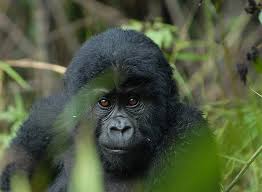 How to book a gorilla trekking permit in Uganda

Top Spots for a Birding Safari in Uganda